Mark Wahlberg was in the news again this year, and not for the best reasons. He was at a casino in Macau and admitted to losing a great deal of money playing roulette. This is not the first.

time that Mark has done something crazy that has made news; he has always been a wild child of sorts. 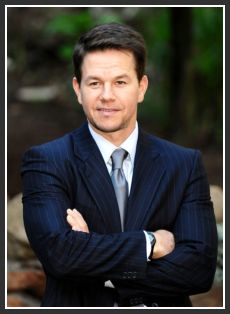 Mark says he was playing at the casino to prepare for a role as a drug addict that he portrayed in the recently released movie The Gambler. What he did at the Macau casino seems to be exactly what his character supposedly does in the movie.

He got lucky three times at blackjack that night and won a lot of money. He took all the money he won and went straight to the roulette table. He decided to test his luck some more and bet almost all the money he had won in blackjack on the next spin. Unfortunately for him, his luck ran out and he lost. Damages? He lost a staggering $45,000 on a single spin of the roulette wheel!

Roulette is a game of pure chance at most times, with only a few expert and regular players being able to guess just a little better than most others. You can choose any number – your birthday, lottery ticket number, anniversary date, anything at all. If you are lucky, you win, if not you will not. It is as simple as that.

Mark Wahlberg is a Hollywood actor and producer, former model and rapper from Boston, Massachusetts in the United States. He became famous after his print advertisements with Calvin Klein for the company’s underwear range. He was the inspiration behind Entourage, a popular television series. He also owns a chain of Boston-based burger joints called Wahlburgers along with two of his brothers, Donnie and Paul. He has, over the years, made news for being violent, doing the racy Calvin Klein ads with Kate Moss, making it big in Hollywood and running a successful chain of burger joints in the US.