At the Bethesda E3 Press conference this week a new online free to play card game was announced that is based on the Elder Scrolls series. The game’s cast of characters and layout has helped it carve out its own niche among visitors, besides large names like Fallout 4 and Dishonoured 2 that were also demonstrated at the event. From the brief trailer presented at the event, viewers could gauge that the game based on historical background of Elder Scrolls allows players to first select a class or level and then build a deck of cards based on preference. Developed in the same class as Blizzard’s Hearthstone, the game’s chief USP is its flexibility that allows players to customize game to user’s preference. 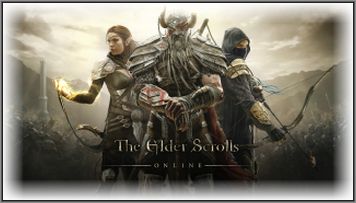 The game allows players to make new competitive decks from given free starter cards. But if they want to unlock higher levels they either have to spend more money or try to unlock existing tough levels. The game is scheduled for release on iPad and other computer media by the end of this year and has a multiplayer feature where a team based mode exists to fight using same strategies as single player.

As the manufacturers have decided to keep details of the game as secretive as possible, very little information is available. It is likely to include details of its previous versions like Morrowind, Oblivion, Skyrim and others. The trailer released by Zenimax online about Elder Scrolls Online: Tamriel Unlimited shows all three signature factions of Tamriel fighting against each other while the background has dungeons and zones around Craghorn. The game is fought over seven spectacular locations of Aetherian Archive in the desert town of Elinhir, Crypt of Hearts, Doomcrag, Hel Ra Citadel, Tribunal Temple, White-Gold Tower and Volenfell.