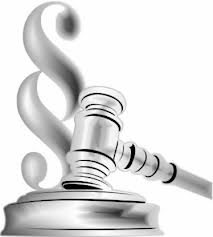 Firmer regulations and precautions must be made for online gambling sites according to lawmakers. Old and out-of-date regulations make it easy for money launderers, terrorists or just about anyone to bet money online without revealing their identities.

Online gambling websites permit the users to remain anonymous, allowing all sorts of criminals to hide their money sources.

“Shame on us if we don’t get something done on this because when I think about the possibility for money laundering, terrorism, drug trafficking and the potential for children to get access to the Internet as well as people to add to the addiction issue, I hope this is something we move on very quickly,” said Senator Kelly Ayotte.

The anonymity will not only be appealing to money launderers and the like, but can also expose users to identity theft and allow children and addicts easy access to the site.

Children are able to verify their age by simply clicking a button to say they are over the legal age limit.

“My kids are pretty sharp; I don’t think it would take them long to get around that at the age of 5 and 8,” says Ayotte.

Senator Richard Blumenthal expressed concern for the safety of personal financial information as hackers and security breaches to be easily exposed.

Regulations are lacking since a Justice Department decision in 2011 only allowed betting on sports and excludes all other games such as poker and slots. A few states have since masde the decision to legalize online gambling within their borders.

Heller, the top Republican on the Senate Commerce subcommittee on Consumer Protection, Product Safety and Insurance said he would like to rein in the Internet sector by writing a new legislation and has the support of Harry Reid, Majority Leader.

Sen. Claire McCaskill, subcommittee chairwoman agreed that congress has to play an important role in overseeing the expansion of online gaming, adding that Internet gambling is “inherently an interstate matter.”