Although rival casinos may compete for players, they work together when it comes to busting card cheats. All across the English-speaking world, casinos use sophisticated systems to warn each other about known cheaters. With the photos and names of dishonest players at hand, casino surveillance officers can be ahead of the game when a cheater walks in the door for the first time.

Thanks to a mutual self-interest, the use of an intelligence network is becoming increasingly popular with super casinos. The director of one of the world’s largest casinos, the Mohegan Sun, said that when an incident takes place at a rival casino, he knows about it in less than an hour. Within the day, the same information is sent to all of the major casinos along the East Coast of the United States. 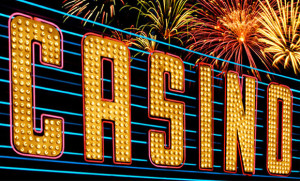 One of the pioneers in casino intelligence sharing, the Mohegan Sun began the practice over a decade ago. Today, the Connecticut casino is continuing to improve on security procedures by paying workers to monitor 4,000 cameras. As security officials scan the cameras, they are watching the behavior of dealers just as closely as they are watching the players. If they happen to spot a familiar face, security officials will monitor the suspected cheat before heading to the floor for a confrontation.

With all of these high tech security measures being implemented, casino cheats are becoming an increasingly rare phenomenon. As their photos are broadcast to nearby casinos and even to casinos in other countries, cheaters may have no place left to practice their craft. According to the Division of Gaming Enforcement in Delaware, cheaters could once hit multiple casinos in an hour. With so many potential targets, quick information sharing between rival casinos became a necessity.

Although the use of invisible ink may be uncommon, card counters are still a frequent headache for casino managers. Despite not breaking any laws, these advantaged players are capable of tipping the odds in their favor. As old-fashioned cheaters begin to die off, casino surveillance systems may start to focus more heavily on identifying and sharing information on known card counters.